Residing in a world that is increasingly specialized. Surrounded by enigma machines. Without knowledge of their inner workings.
Trust is the only option; and hope, hope that the machine is on your side, and when the machine stops. The only thing that glows in the dark is the error message.
A vessel for exploring gaps in regulations, conventions and economy.

A vessel for exploring gaps in regulations, conventions and economy. The cost of renting a room in Tromsø had grown to a point where I thought to myself – I´d rather live in a tent. This happened a year ago. Since then I have been constructing the vessel7, and living where anyone could spare a sofa or a mattress.

The floating shelter is a prototype, a 1:1 more or less functional structure. It still to see how it could perform. As a boat compared with existing boat, the Dependence 1 is a strange bird. Had it been a animal it would have been put on the red list of endangered species. A fragile being with a very small niche in the ecosystem.

The deck is still in process and will be made of polyurethane foam and plywood.

The shelter part is a circular lattice structure. I beams in the roof, directs the force from a top compression ring to the lattice walls, helped by two compression band encircling the whole structure. The structure has a two layer skin, the inner one made of felted wool, and the outer one of synthetic fibre canvas covered with silicon. Dimensions: 4000mm in diameter and hight from 1800mm to around 2400mm. The structure is builded after a yurt tutorial found online, some modifications have been done.

The floating shelter is made from 30% new materials and the remaining 70% is available/recycled/gift material. In total, approx. 665kg of material. 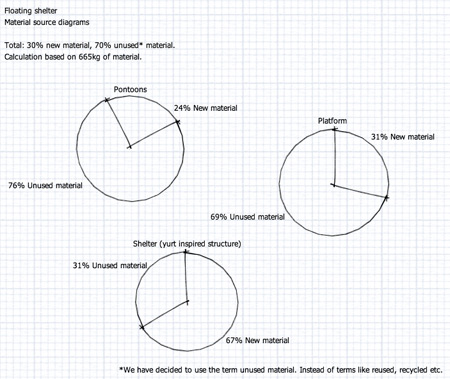 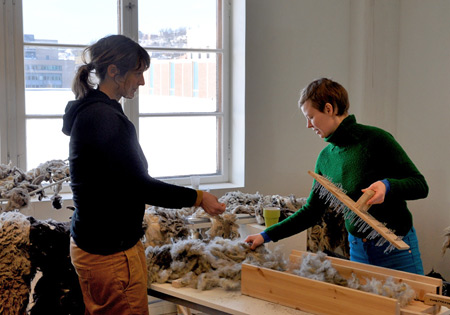